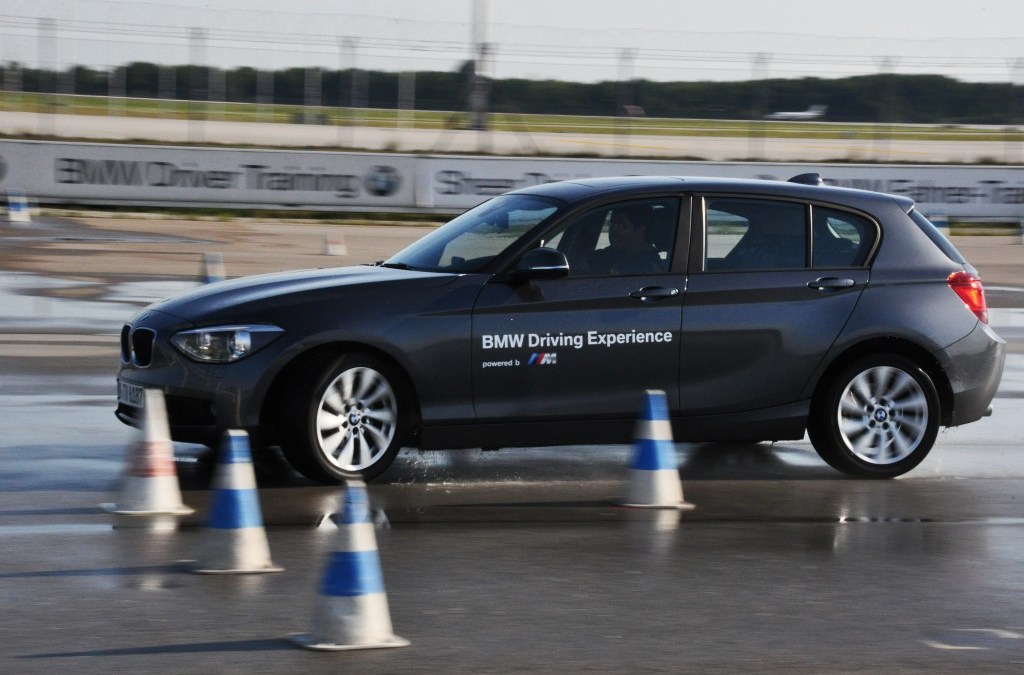 Yes, for those who already watched Skyfall, you know what I am talking about.  As much as I don’t want to spoil it for the rest, I will just say it, there’s a new M in town, no he is not the replacement of Dame Judi Dench’s masterful portrayal of the hard-hitting MI6 head, but he is hard hitting as it is.

JP Tuason (yes the hubby) recently went through undeniably one of the most stressful times of his life and got himself certified as a BMW M driver trainer.  So let me now go on the litany of his achievements, as of course, I am his no 1 fan.  A multi-awarded racecar driver and road safety advocate who has had a successful motorsports career spanning a 24 year period.  Just this year he raced in the historical F1 Track the Nurburgring in Germany and the Spa Franconchamps in Belgium in the Porsche Sports Cup which he clocked in some of the fastest times in the competition.  Tuason who raced karting, circuit cars and Formula 3 has competed and successfully represented the country in worlds finals, in Suzuka, Japan, Egypt and all over Asia. He is the President and Founder of Tuason Racing School and is passionate about growing the sport and providing a complete professional, cost effective training ladder for Filipinos.

Now that that is all said and done, let us get into what really happened with a no holds barred Q &A:

Q: Why did you do this again?

JP: didn’t I tell you this a couple of times now?? I wanted to upgrade our teaching skills and technology.  TRS has always provided world-class training, which is why we get students from different parts of the world, but this is not achieved with just sitting on our bucket seats.  We need to be abreast in high technology equipment and teaching standards… plus of course I wanted to bring in the BMW driving experiences to the Philippines.

Q: What is the whole hullabaloo about this M thing?

JP: BMW M is the division of BMW that deals with the highly modified sports cars and high performance cars, the racing team and the driving experiences.  It is the pinnacle of driving experiences because it maintains the strict BMW standards.

Q: who, what, where and how do you join?

JP:  Well the training was done in Munich Germany and Salzburg Australia, We both had to follow-up with the BMW regional offices and ACC, in the person of Maricar Parco (the president) Glen Dasig (Sales and Marketing Director) to get us a slot for two years after BMW Group Asia Marketing Director, Lito German suggested they will put up my name as a possible BMW driver trainer candidate.   After they emailed me a confirmation letter that I was able to secure a slot, there was of course the issue of booking of miles, I had to go Europe 3 times in 2012.  So imagine how much effort and money it takes to do that… oh wait, you were the one that did it for me.

Q: Good thing you notice, punk.  So tell me about your experience.

JP: Well (as he looks far away and clouds begin to form= Daydream sequences)

In August of this year, I was enrolled in the BMW Instructor Training Program for Driving Experiences. It sounded simple enough, do the training, get a certificate and start programs in Asia. What I didn’t realize was that the level of experience of the participants was very very high. On the rooster were 2 BMW factory racecar drivers, a Swedish rally driver, a formula car driver from Mexico; an engineer who helped build the new M3; an AMG instructor, a Porsche instructor and 2 BMW internal staff. Although, I had years of training experience and racing background, apparently …so did everyone else.

JP: Training days were long and tedious. Mornings devoted to studying BMW vehicle engineering and driving physics. Afternoons were full of driving exercises We did everything from high speed lane changes, avoidance exercises while emergency braking and numerous handling exercises. Once we mastered how to drive them we had to teach it the BMW way. The passing grade was set quite high. You have to do well on written exams and presentation skills, driving skills and plus of course a pressure system of competing with your classmates, this format ensures that only the best of the best were selected.

We had over 2 weeks of great weather and on the final day for our driving exam it started to rain, not just rain it was a monsoon storm. As a group we complained that the test was better re-scheduled for the following day but the answer to us was simple: “A BMW instructor should be able to perform in any condition”. So we proceeded. As we were doing the test exercises, the car would aquaplane from the start line due to the sheer amount of water on the track. We were tested on drifting skills, avoidance skills and a slalom course. All of this while the cars were sliding around due to the water and rubber build up on the track. In the end, only 6 people passed the course. I was relieved to be one of those that made it taking 4th place overall.  I was now a BMW instructor becoming 1 out of only 160 people in the world with this status.

Q: What was different with level 2?

JP: Because I had to go straight home after the level 2 training, I had to fly a different airline, which had no personal TV in economy, which I had to deal with for 11 hours.  From Munich we drove down to Salzburg, Austria to the famous Salzburgring racetrack. Upon reaching the track we were greeted by our fleet of M3s to be used for the next 10 days of training.

Level 2 training was faster, more technical and even more competitive. I reunited with some of my previous classmates for the training and was joined by a few more experienced BMW instructors who were also race drivers. Notably one of the guys was a German Rally Champion.

Again Am sessions also consisted of lectures on vehicle physics and engineering, driving happened in the pm. Being more at home at the track rather then at a test facility worked in my favor. We drove the M3’s everyday at the limit taking the fastest parts of the track at over 240 kph before braking. We did many more high speed exercises, drifting, double lane changes, head to head timed laps plus other exercises that as soon as the head instructor explains what needs to be done, you first question is … are they crazy?? The track conditions are starting to worsen although dry, the temperature is dropping making it hard to keep up the tires warm.  Just as Ned Starck would say: winter is coming.

Sure enough when judgment day came, the men were separated from the boys.  The final test consisted of a five car train driving up to the speeds of 200 kph follow the leader exercise.  Its just like those bond movies, one false step and your dead.

JP: No. I am actually number 156 of 160 level 1driver trainers in the whole world and the number of M certified trainer is more closer to 007, a couple of 10’s closer.

Q: So what does this do for me?

JPT: well it really gives you bragging rights that you are married to me.

JPT: Seriously…For me, this is important because we would be able to have one of the best driving experiences available in the world.  BMW driving experiences are an attraction by itself.  There are only a handful of Asian BMW level 1 trainers, more so M certified trainers. Not only have just taken another step in uplifting the quality of racing and driver training in the country but this also ensures we get a piece of a pie in the action.

There you are folks, an honest, no holds barred Q& A on what really happened towards becoming the new M.

(Disclaimer: some comments and answers were censored due to heavy bias and TMI aka too much information about a married couple)

Watching a race in Salzburgring